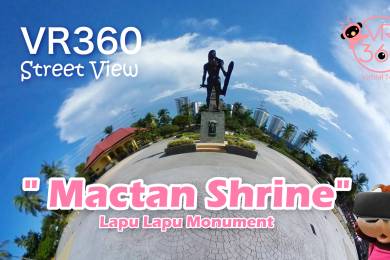 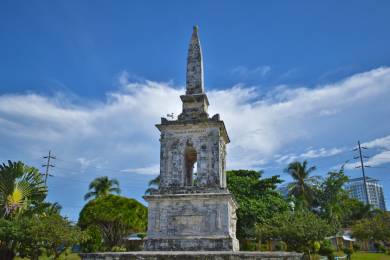 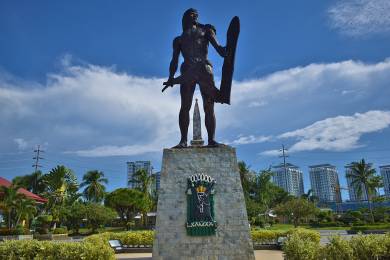 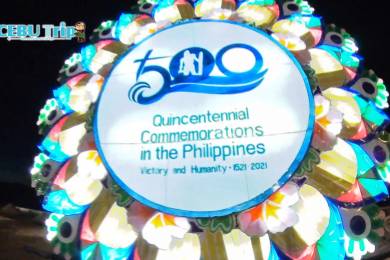 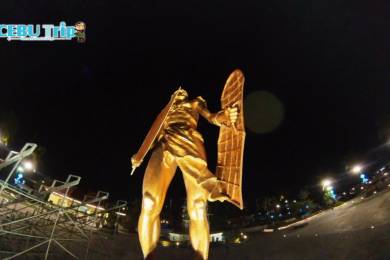 On April 2021 the 500th Anniversary Event will be held at Mactan Shrine also known as Liberty Shrine, Lapu-Lapu City Cebu. (Added on March 29, 2021)

2021 marks the 500th anniversary of the victory of the native chieftain of Mactan Island, Lapu-Lapu, who defeated the Portugese explorer Ferdinand Magellan in the battle of Mactan in 1521.

As part of the Quincentennial commemoration, the pillars of Mactan Cebu International airport (MCIA) and pillars of the Marcelo Fernan Bridge (new bridge) was painted with murals.

Last January 18, 2021, A P5000 Lapulapu paper bill and commemorative medal was presented as part of the 500th anniversary of Lapu-Lapu's victory in Mactan, Cebu by the Bangko Sentral ng Pilipinas and the National Quincentennial Committee, Republic of the Philippines. The P5000 bill is second highest currency denomination ever issued by the Banko Sentral.

Also, The Spanish naval training ship, Juan Sebastian Elcano led by Captain Santiago de Colsa has arrived to visit Cebu International Port last March 20,2021 in commemoration of the Quincentennial celebrations of the arrival of Christianity in Cebu City. The ship with 62 crew will retrace the route of the Magellan-Elcano fleet in the circumnavigation of the world.

To commemorate the 500th anniversary of the victory, the "Lapu-Lapu Monument" has been improved and is being prepared for the event to be held in April 2021.

It is said that one of the highlights of the event is the re-enactment of the "Battle of Mactan". The event will have 100 performers for the re-enactment and the actors are all Cebuano artists.

And it seems that the President of the Philippines "President Rodrigo Duterte" will also attend this event, which is expected to be a grand event !

About 300 people, including dancers and performers, will participate in the event. For the sake of the President's safety, the event will not be open to the public, but you can watch livestreaming on Facebook.

These are just some of the activities prepared by the government officials since last year. Cebuanos are looking forward for this year long celebration of 500 years of Christianity in the Philippines.

Watch the video and Street View of Mactan Shrine as of March 2021.

The park is under maintenance, but it is lit up at night and has a different atmosphere from the daytime. free entrance.

Lapu Lapu statue painted in gold for the event

The official theme and logo for the 500th anniversary of the arrival of Christianity in the Philippines.

Let's see the current state of the tourist spot Mactan Shrine on Cebu Island with VR360!

The shrine was established in 1969 as national shrine through Republic Act No. 5695 during the administration of President Ferdinand Marcos. It is also believed that the location is almost the accurate spot of the historic Battle of Mactan.

The Lapu Lapu Statue and the Magellan Monument is close to the resort hotels like Shangri-La, Moevenpick and as well as Mactan New Town.

This year, April 2021, we will celebrate the 500th anniversary of Lapu Lapu's victory.

The park was heavily constructed in 2020, and before the renewal it was famous as an area lined with souvenir shops, but there were no souvenir shops at the time of shooting.

And recently, the National Historical Commission of the Philippines' Materials Research Conservation Division (NHCP MRCD) finished conserving the 1866 Magellan Obelisk at the Liberty Shrine in Mactan.

Take a virtual walk through the Mactan Shrine Park!

Take a look at the latest Street View taken in September 2020.

About 20 minutes by car from Mactan Cebu International Airport.

If you are going by taxi, you can tell the driver "Lapu Lapu Monument" or "Mactan Shrine". No need to worry, it is a well known place, and you won't get lost for sure.

Also, a parking lot for private cars are available and there is a Parking fee.

You have to login first to write a comment.